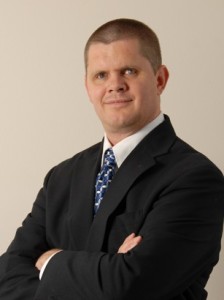 A variety of local, state, and national political topics are explored from a refreshing, unique, and independent perspective. Political conversation that takes on the lamestream press like never before, that cuts through the spin and fluff to the heart of today’s key political issues. Promoting God, Family, and Country in the media and our lives. Let Freedom Ring!

Read all about the last 12 power-packed hours below...

* Report on the Political Leadership School – If you have never attended this school before, you are welcome to watch the 20-minute video found at the FACL website, facl-training.org

* If you cannot travel to attend one of these schools, then volunteer to host a school in your own community!

* Dr. Simone Gold Jailed for Trespassing – LifeSiteNews.com – From the beginning, Gold was singled out by the FBI among the thousands who entered the Capitol on January 6, despite her totally peaceful conduct.

* We now have a two-tiered system of justice in this country. Not all people are treated equally before the law. Powers that be have removed the blindfold from Lady Justice.

* Book: “January 6: How Democrats Used the Capitol Protest to Launch a War on Terror Against the Political Right.”

* Independent investigative journalist Julie Kelly, who has reported extensively on Jan. 6, pointed to testimony that omitted evidence regarding Ray Epps, the figure seen in many videos orchestrating the breach of the Capitol who, has not been indicted by the DOJ.

* Revolver News has reported evidence that FBI informants and Antifa operatives turned a peaceful Jan. 6 rally into a riot, spotlighting the role of Epps. In a follow-up report, Revolver News presented evidence, backed by videos and images, that there were others who worked in tandem with Epps to orchestrate the break-in.

* The NYT reported last September that a member of the Proud Boys who entered the Capitol on Jan. 6 was an FBI informant. The informant who texted his bureau handler during the riot insisted the Proud Boys had no advanced plan to enter the Capitol and disrupt the election certification.

* The FBI said in August it had not found evidence that Jan. 6 was the result of an organized plot to overturn the election, according to four current and former law enforcement officials.

* Jan. 6 prisoner: Ray Epps recruited me – ‘Why is he not in jail for obstruction of Congress or seditious conspiracy?’ – Art Moore, WND.com

* “Why is Ray Epps not in jail for inciting the crowd or obstruction of Congress or seditious conspiracy?” writes Sean Michael McHugh, a California business owner and father of four, in a letter published by the Gateway Pundit.

* Russia directly accuses the US of creating and releasing Covid-19! Russia then pointed to US Congressman Jason Crow of the House Intelligence Committee who warned Americans about the dangers of giving their DNA to private companies. Why? Because “there is a possibility that test results will be sold to third parties… and the information obtained could be used to develop biological weapons targeting specific groups… or individuals.”

* The Left is trying to impeach Clarence Thomas, they already have well over a MILLION signatures in support!

* Trump received a huge 69% of the vote at CPAC’s conference in Dallas, followed by Florida Gov. Ron DeSantis who received 24%.

* If this novel legal precedent holds, it puts all of us who claim the government is involved in false flag conspiracies at risk of lawsuits by “aggrieved” federal agents—the very ones who know the government created the crisis and yet hide behind the veil of state secrets. As Mike Cernovich wrote, “the Alex Jones precedent means if you don’t accept the Vegas shooting explanation, then FBI agents can sue you because you’re calling them liars by implication.” He’s right.

* The jury heard testimony Friday that Jones and Free Speech Systems, the parent company of Infowars, have a net worth of $135M to $270M, per the Times.

* The producer of beloved candy bar Snickers issued an apology after releasing an ad suggesting Taiwan is a country.

* Our Mission is to educate the public on economics so people can vote for smart economic policy to get our country back on track. We inherited a country that works, and we are destroying it financially. You, your kids, and grandkids will face huge problems ahead if we do not fix it.

* Book: Why you should give a dam about Economics.

* US Calls Rise Of Monkeypox An Emergency.

* Tuesday’s resounding referendum victory for abortion rights supporters in Kansas provides some evidence that the political landscape. has shifted – The victory, by a 59-41 margin occured in a Republican stronghold.

* Wiki Management: A Revolutionary New Model for A Rapidly Changing and Collaborative World.

* Nobody is Smarter than Everybody!

* Why Did Free Speech Systems File for Bankruptcy? – Chapter 11 bankruptcies are frequently dubbed “reorganization” cases. They generally allow companies to remain in control of their own operations and do not require companies to liquidate their assets.

* Guest: Bryan Rust – Over the past 50 years, Rust Coins has been working to educate customers about precious metals – RustCoinAndGift.com

* Fact Check: Did The White House ‘Change the Definition of Recession’?

* Wikipedia Attempts To Change The Definition Of ‘Recession’ 41 Times.

* Donald Trump, Jr., stated in a Twitter post, “Apparently The White House is changing the definition of recession this week so we can pretend that we’re not in one.”

* He Lost $187M in Bitcoin, Has Idea How to Get It Back James Howells’ latest plan involves AI.

* Senators on a key Homeland Security Subcommittee argued for an expansive review of gain-of-function research, which opponents argue may have created the COVID-19 virus.

* this phenomenon is the result of a process called “immune imprinting,” whereby initial exposure to a virus strain may prevent the body from producing enough neutralizing antibodies against a newer strain. This process is reinforced by multiple inoculations.

* Do you support bussing illegals to DC?

* The Declaration is the inspiration and the Constitution is the execution.

* Aesop’s Fables: A man is known by the company he keeps!

* Ammon Bundy is guilty of Nothing!

* What Is a Research Associate?

* The Six Degrees of Separation Theory and How it Works!

* The Ass and His Purchaser!

* Biden’s dollar plan a deeply troubling development – March 9, 2022, Biden quietly signed Executive Order 14067 – Buried inside this order is a sinister provision that sets the stage for: Legal government surveillance of all US citizens, Total control over your bank accounts and purchases.

* Trump is the likely Republican nominee in 2024, but Florida Gov. Ron DeSantis is in a good position to win in 2028 and occupy the Oval Office for eight years, suggests former Trump Cabinet member Dr. Ben Carson.

* Freedom To Do Business – Cancel Culture Has No Place Here! No one should have to sacrifice their first amendment rights for fear that the payment processors needed to run your business will terminate you because of your beliefs. We believe in better payment processing for all!

* We hope that you will spread the word that there is a world-class payment provider that will protect your freedom do business and support your conservative values.

Chuck Baldwin | Published: Thursday, May 12, 2022 Growing up and into young adulthood, I was a sports junkie. I started playing organized championship sports in the fifth grade. I was born and raised in ...
More
May 13, 2022

Joel Skousen's World Affairs Brief The most compelling evidence to date has emerged in “2000 Mules,” the upcoming documentary by conservative filmmaker Dinesh D’Souza, who draws on research by election integrity group True The Vote ...
More
May 13, 2022

Three months ago, Becky was diagnosed with a very aggressive cancer which had already metastasized into her colon, liver and lungs. Of course, she tenaciously fought it with every fiber of her being. My darling ...
More
May 6, 2022

Joel Skousen | World Affairs Brief Covid was formulated from snake venom, or some version of this theory. It all started with an interview Stew Peters had with chiropractic doctor, Bryan Ardis. I like Dr. Ardis ...
More
April 20, 2022